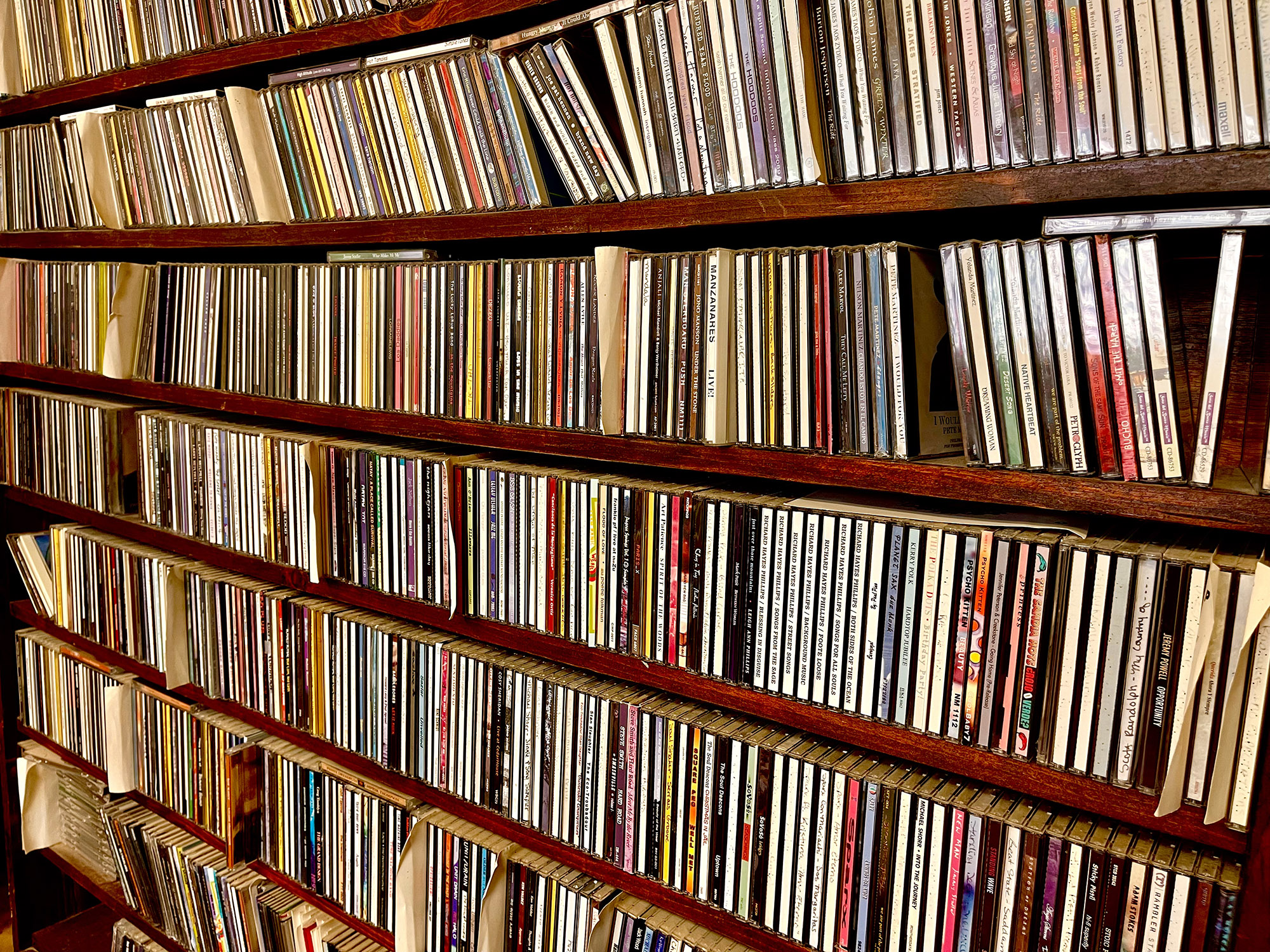 Paddy Mac
Program Director & DJ (Weekday Mornings) A recovering sportscaster, rescued from Las Cruces and El Paso, where he transitioned from plastic hair and power ties to his current state of dishevelment. Now he mans the mic for the KTAO morning show and programs the music for KTAO and Luna. A practicing non-practitioner, he's rarely involved in anything that requires... practice. He dotes incessantly on his dog JaBooty, flails at golf balls and weeps openly many Sundays after the latest Cleveland Browns' embarrassment. His favorite color is Feldgrau, his favorite food is whatever's on YOUR plate and his favorite movie has yet to be filmed.
‍
Katie Speirs
‍President, Owner, Music Director & DJ (Midday Weekdays) A long time ago, in a trailer far far away (just up the street on Blueberry Hill), Katie started her production career at KTAO, then moved into the Solar Center where she actually used to bartend out of buckets in the Community’s Backyard (before the Station Bar was around).  Her swift editing and creative writing skills have earned her more than a dozen awards from the NMBA for best :30, :60, PSA, and promotional announcement. Now she actually gets paid to listen to music and decide, with the honorable PD Paddy Mac, about the sound of the station – musically that is, as the Music Director.  What a long strange trip it’s been… and here’s to many more KTAOS adventures!
‍
Brad Hockmeyer
DJ (Weekday Afternoons) KTAO founder Brad caught the radio bug as a young boy living just outside New York City and hasn't been able to shake it since. From Boston to Vermont to Taos, his passion for music and radio led to the creation of our radio station in 1982. Brad sold the radio station in 2010 to a group of his employees, but continues to host his afternoon show with music giveaways, compelling interviews, news and, we can't forget, those great segues. We believe he's truly solar-powered!
‍
Rick Haltermann
DJ (The Jazz Show) Rick is a musician, photographer and director of the Association of Noetic Practitioners. He has been a radio host on and off for 40 years. His Sunday morning jazz show combines music and poetry (his college degrees in Music and English are finally getting put to good use) with a different theme each week. Check out Rick's new book Curriculum of the Soul, as well as his stunning photography website.
‍
Pat Romero
DJ (Moccasin Wire) Taos Pueblo tribal member Pat Romero presents music and culture from the history and living cultures of Native Americans.
‍