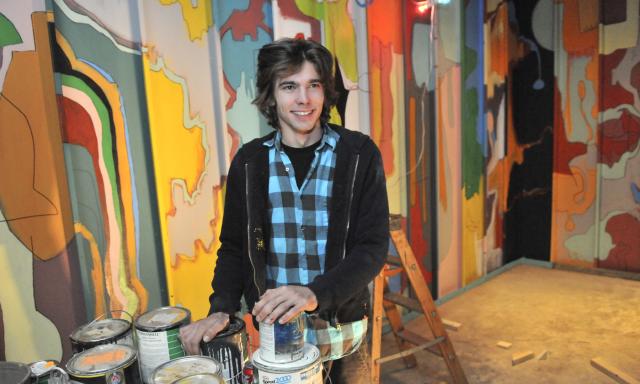 King was instrumental in developing Meow Wolf’s immersive concept way back in 2008 and had a hand in creating dozens of the displays at the original site in Santa Fe, as well as the subsequent locations in Denver and Las Vegas.

In a statement, Meow Wolf called King a “pioneer of immersive art” who “had a joy for creation that was electric and expansive.” CEO Jose Tolosa said “thousands have been deeply touched by the artistic genius of his work.”‍Photo Credit: [Matt King works on an installation in Santa Fe in 2009. King, one of the co-founders of Meow Wolf, died on Saturday.